There are two areas in the collection that are difficult to add to: Contemporary Art and Sculpture. I was very happy when I managed to buy two works that fall into both categories within the last couple of months.

One is a bronze by Phyllida Barlow, ‘Paintsticks,’ which I acquired at Frieze, London on the stand of Hauser and Wirth from their exhibition ‘Bronze Age c3500 BC – AD 2017’ (Fig. 1). I could easily have missed it in the midst of the dense display of the stand, which was designed as a fictional, forgotten museum, but the cast caught my attention on Instagram. I believe this is the first time I have bought a work I discovered on social media.

I have long admired Phyllida’s work ever since I came across an installation of her Pompons that looked like strange, colourful birds nesting in the attic of the old Hauser & Wirth Gallery in Piccadilly. This is the first time Phyllida has tackled bronze, and by choosing her humble tools – the paintsticks she mixes her pigments with – to cast in precious metal, it fits well within her oeuvre.

It resonates with a bronze in the collection by the artist Vincenzo Gemito (1852-1929) a sculptor and prodigy from Naples (Fig. 2). The wonder boy moved to Paris in 1877 where he worked in the studio of Jean-Louis Ernest Meissonier who became a great friend. Gemito’s admiration for the master is expressed in this life cast of Meissonier’s hands, shown holding a crumpled cloth, paints brushes, part of a palette and a mahl stick.

Another contemporary bronze added to the collection a few months ago is a self-portrait by the Swiss artist Not Vital (Fig. 3). The work is from the 1980’s when he cast body parts, like his nose or his arm and hands, in a variety of poses in bronze and aluminium. After modelling this head in clay, he put it in a backpack, hiked up a mountain and rolled it down the hill where it took quite a battering. Despite the appearance of a fragment it is still visibly his portrait – that of an old friend of mine, and a much-admired artist. 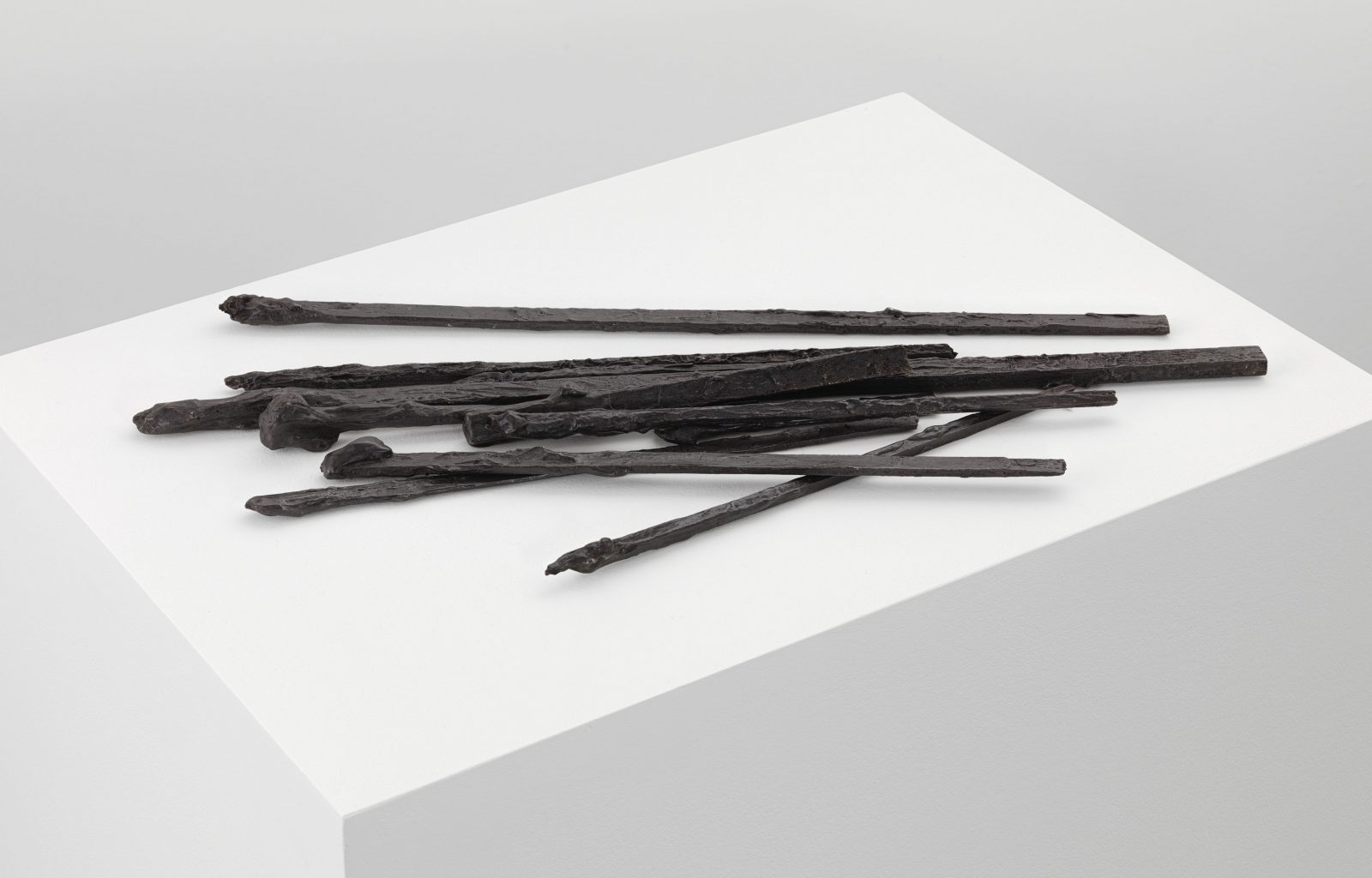 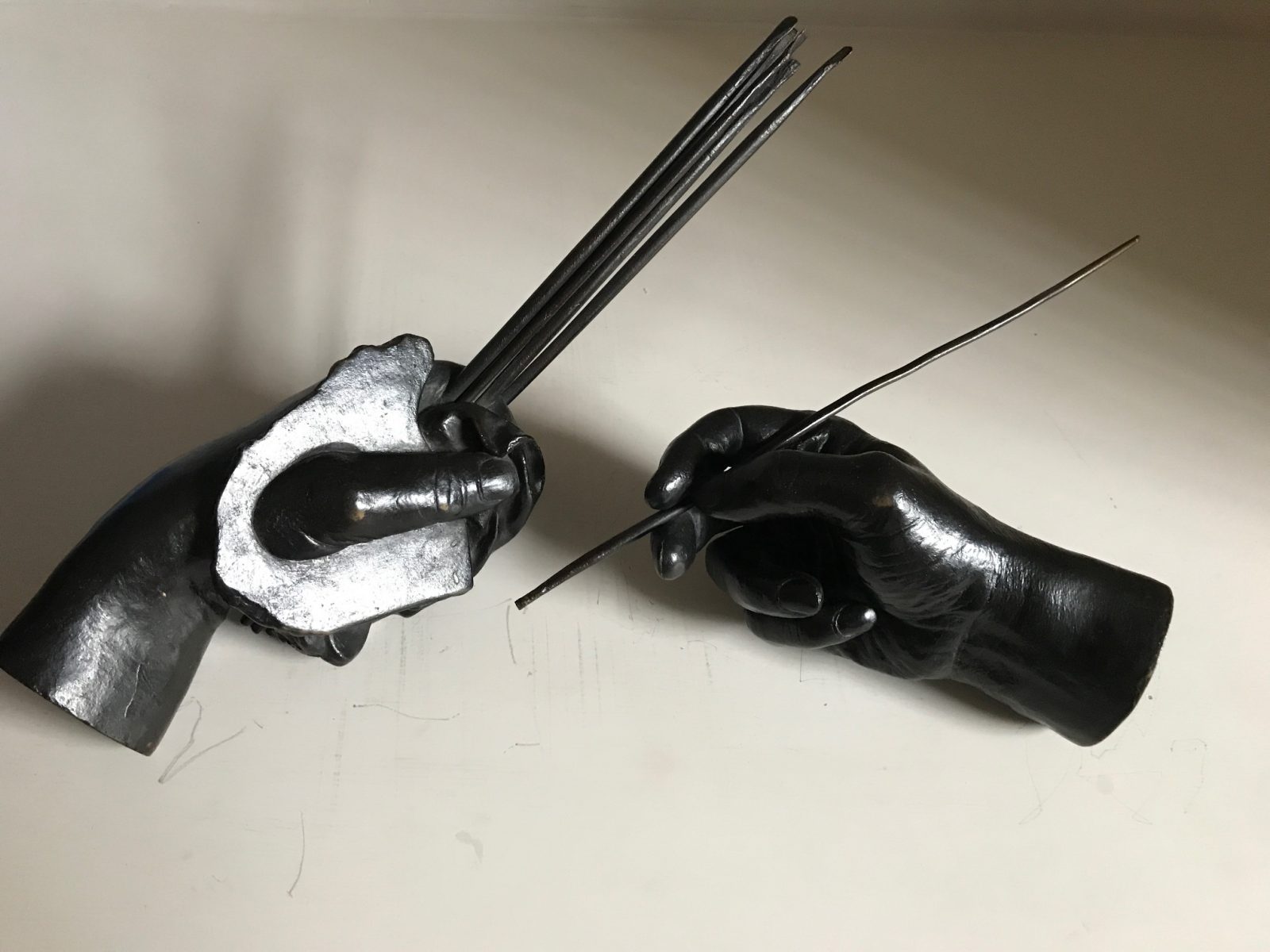 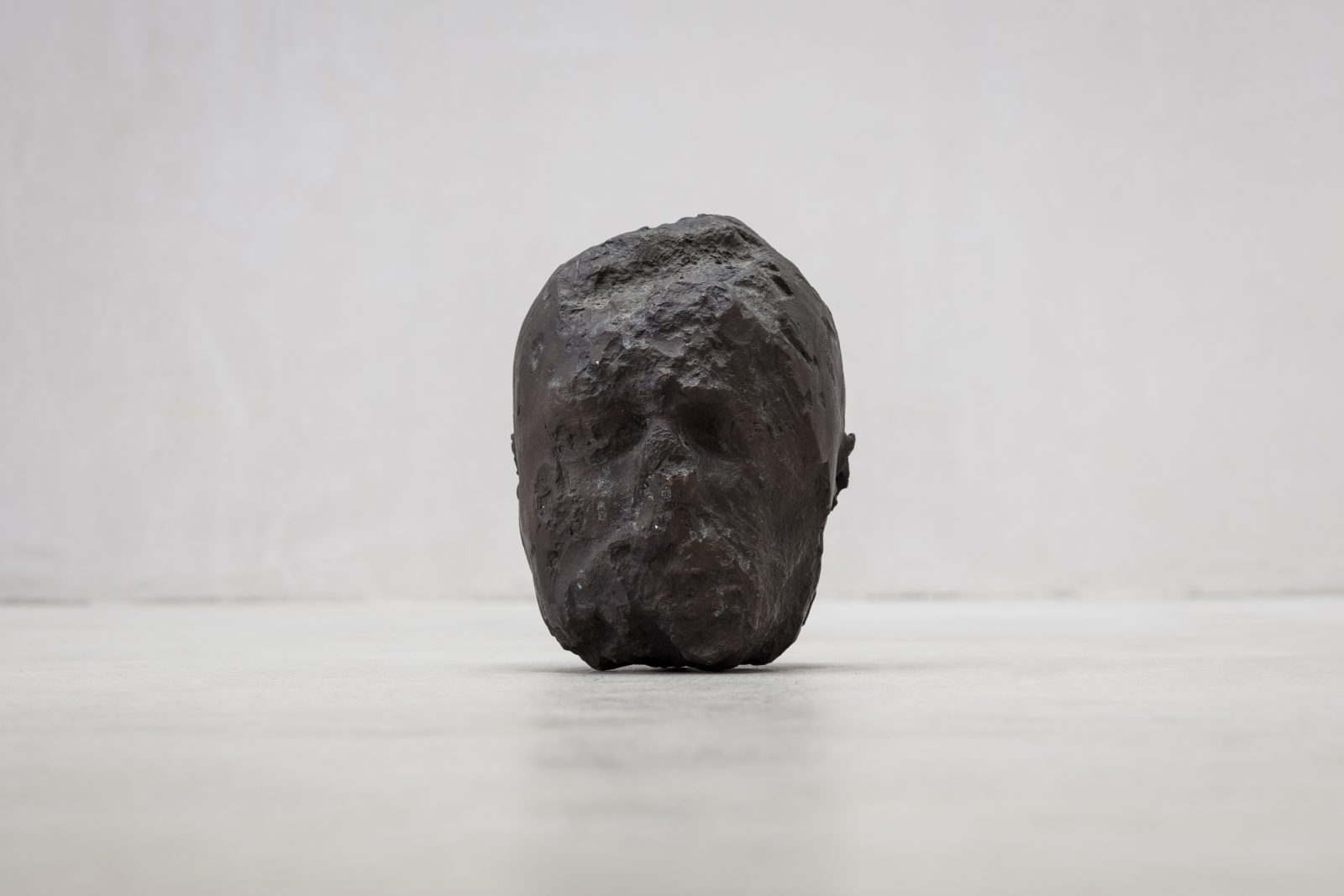