The Self-Portrait, from Schiele to Beckmann at the Neue Galerie, New York

The Self-Portrait, from Schiele to Beckmann, at the Neue Galerie, New York, is devoted to the theme of self-portraiture in Germany, Austria and Switzerland in the first half of the twentieth century. Open until 24 June, the exhibitions was curated by Tobias G. Natter and is typical of the focused, beautifully conceived shows that the Neue Galerie has become known for.

Through a wide range of pictorial and graphic examples – 75 works in total – the show presents the most prominent German, Austrian and Swiss artists whose oeuvre is marked by a sustained engagement with self-representation. Exemplary works by each artist are contextualized in light of their innovative approaches as well as their debt to the Old Masters – Dürer and Rembrandt in primis. Interesting overlaps can be traced between the exhibition’s scope and several works in the Katrin Bellinger Collection.

Käthe Kollwitz (1867-1945) features in the show amongst the few women artists who came to prominence in this period. In an early printed self-portrait, the artist gazes out at the viewer, while working at a table in a domestic setting (fig. 1). The print’s composition and the chiaroscuro effect are clearly indebted to Old Master prints, such as Rembrandt’s self-portraits. This is one of over a hundred self-representations produced by Kollwitz in various media. In later works she adopted a more expressionistic visual language and often portrayed herself staring out at us while holding/touching her head as if to evoke an intimate act of self-examination [1].

In his late pencil self-portrait of 1924, Lovis Corinth (1858-1925) also portrays himself looking out at the beholder (fig. 2). He is simultaneously engaging with our gaze and performing the very action of drawing. In a self-referential act of making, Corinth scrutinized his likeness in a mirror and records it with the pencil and paper he is holding. In the artist’s face we also detect the signs of time and hardship. After suffering a stroke at the age of 53, Corinth was relentless in the pursuit of his art. His steadfast engagement with self-portraiture, initially inspired by his admiration for Rembrandt, became in the latter part of his life the means through which he could document the effects of illness and time’s passing on his physical appearance.

A later example from the Collection is an impressive sheet by George Grosz (1893-1959), executed while he was living in exile in the United State (fig. 3). Having been forced to flee Germany because of his activities as a satirist and outspoken opponent of the Nazi regime, Grosz found himself at once welcome and isolated in New York. This large drawing, ironically entitled ‘Gute Zeit’ (Good Times), conjures the realm of fantasy and nightmare [2]. Looming danger is embodied by a bird of prey with a rat in its beak, a snake under the table and insects crawling all around. Concurrently, this arresting image also strikes us as a celebration of artistic practice. The draughtsman’s tools, pencils, brushes, bottles, paint tubes, are piled onto the work surface; their presence and quantity made all the more significant by knowing that Grosz devoted particular attention to the crafting of his own drawing implements. The contents of his studio are now held at the Kunst Akademie in his native Berlin.

The Self-Portrait, From Schiele to Beckmann, is on view at the Neue Galerie, New York, until 24 June 2019. 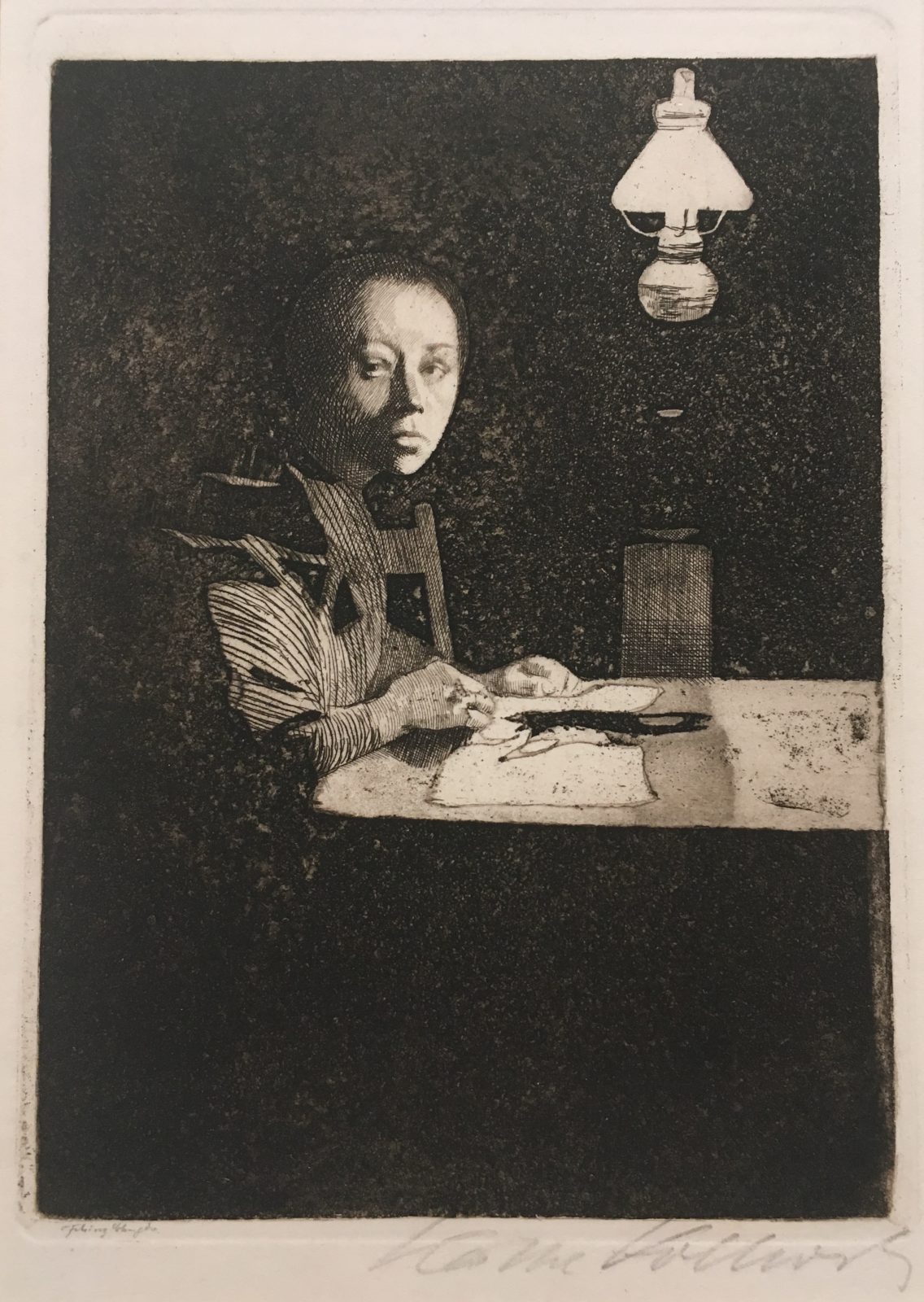 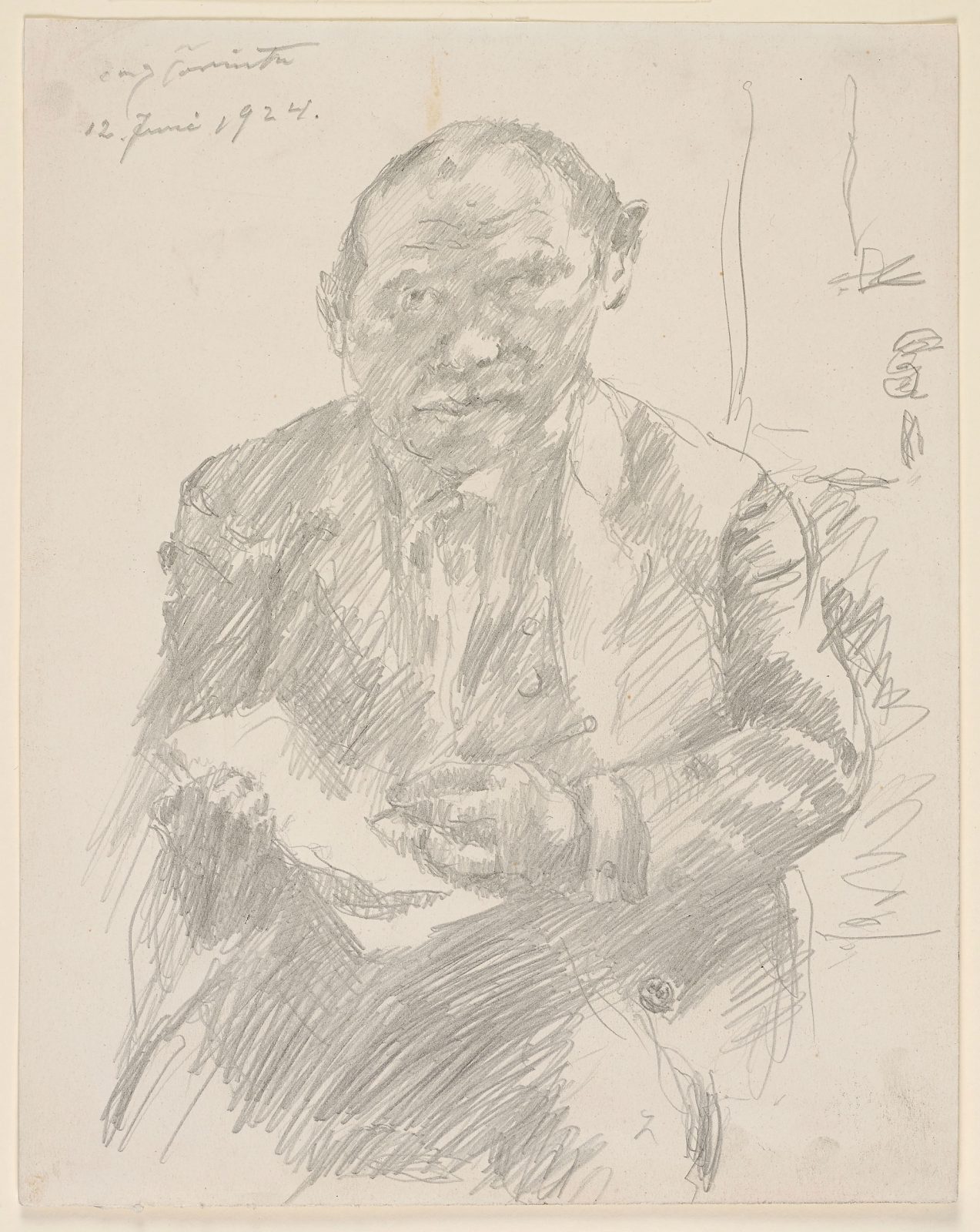 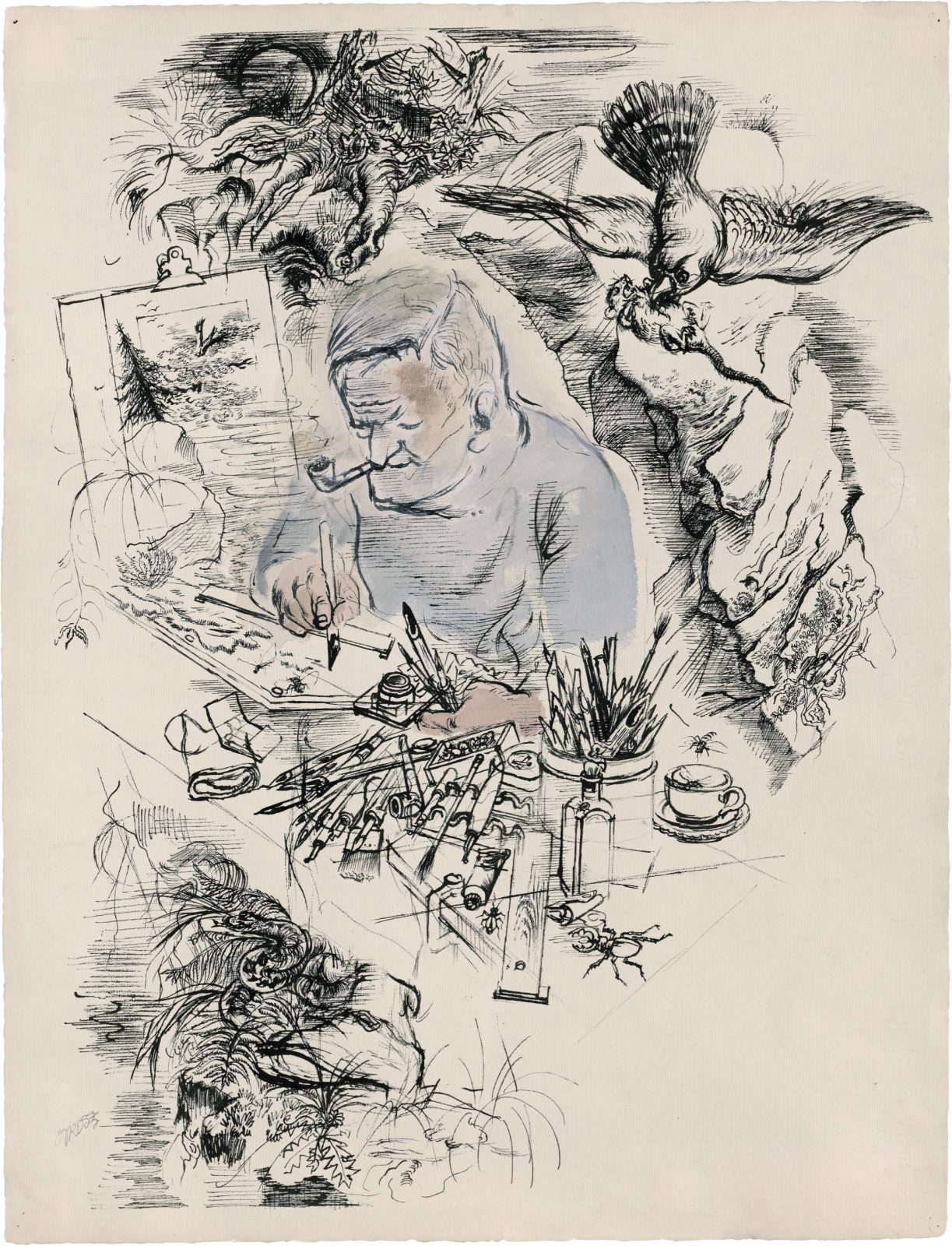