Pencils and mahl sticks: in the drawn world of John Sergeant

In an effort to showcase more of the Artist at Work collection online, we have been creating virtual exhibitions that offer an alternative way of exploring our holdings. One of the newly added themes, Artists’ tools, includes works that celebrate their makers’ fascination with studio miscellanea and features two drawings by British artist John Sergeant (1937-2010).

Born in London, Sergeant grew up in Faversham, Kent. He studied at the Canterbury College of Art and later entered the Royal Academy School, where he won the Drawing Prize in 1961. Encouraged and mentored by fellow artist John Ward (1917-2007), he divided his time between teaching drawing and honing his draughtsmanship, ultimately focusing on still-life. He would devote himself to the genre from 1983, when he moved with his family to rural Wales. Their farm, The Gilfarch, was also where he worked alongside his wife Carolyn, née Cann (1937-2018), celebrated today for her exquisite botanical still-lifes.

A long-time supporter of the artist, whose last show she held at Colnaghi’s in 2006 (John Sergeant: Recent Drawings), Katrin Bellinger has gathered a representative group of Sergeant’s works. These include several sketchbook sheets with youthful self-portraits and intimate depictions of Carolyn at work, in her studio or on the beach in Kent (Fig. 1). These informal studies from the 1960s complete our knowledge of Sergeant’s artistic development, which would culminate in his chiaroscuro chalk and conté crayon still-life drawings.

Sergeant’s passion for drawing objects included his studio clutter, as well as quotidian items and found mementos – a pair of ballet shoes, a broken doll resting in a box… His distinctive technique was informed by extensive art historical research, and his personal approach to the practice of drawing was founded on two guiding principles, composition and light. Thanks to his masterly use of light and shade, his portrayals of pens, portfolios and paint boxes make these familiar objects appear mysterious.

In Back of a Picture with Mahl Stick, the two subjects are propped against a wall, perhaps in a corner of the artist’s studio (Fig. 2). Sergeant has taken the same pain and pleasure in describing the tangled wire of the frame, the shadow cast by the stick on the different surfaces, and the overall lighting of the scene. Directly informed by the objects that, at once, inhabit it and give it shape, the final composition is almost metaphysical in its simplicity.

With its focus on the process and mystique of art making, the Katrin Bellinger collection was a source of direct inspiration for the artist. In his mature self-portraits, he studied his likeness through the lens of the Old Masters, showcasing the expressive range of his monochromatic visual vocabulary. In Reflections over a Portrait of Hubert Robert, the artist’s own face stares back at us from the glazed surface of Jean-Baptiste Isabey’s drawn portrait of Robert (inv. no. 1995-034), in a witty duplication of the artist at work theme (Fig. 3). In 2005-06, Sergeant also designed the Katrin Bellinger collection label: a tromp-l’oeil of the back of a framed picture, of course. 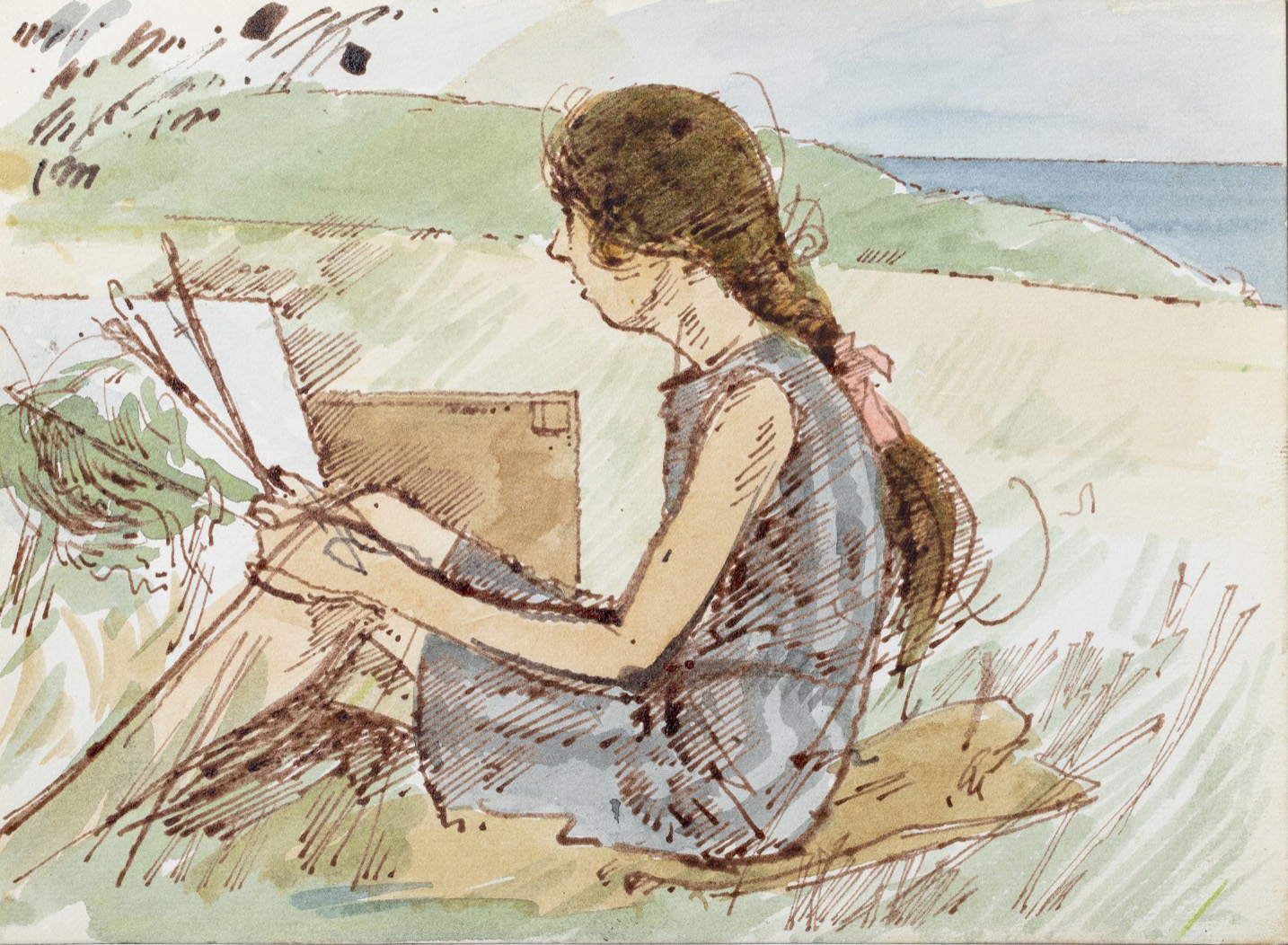 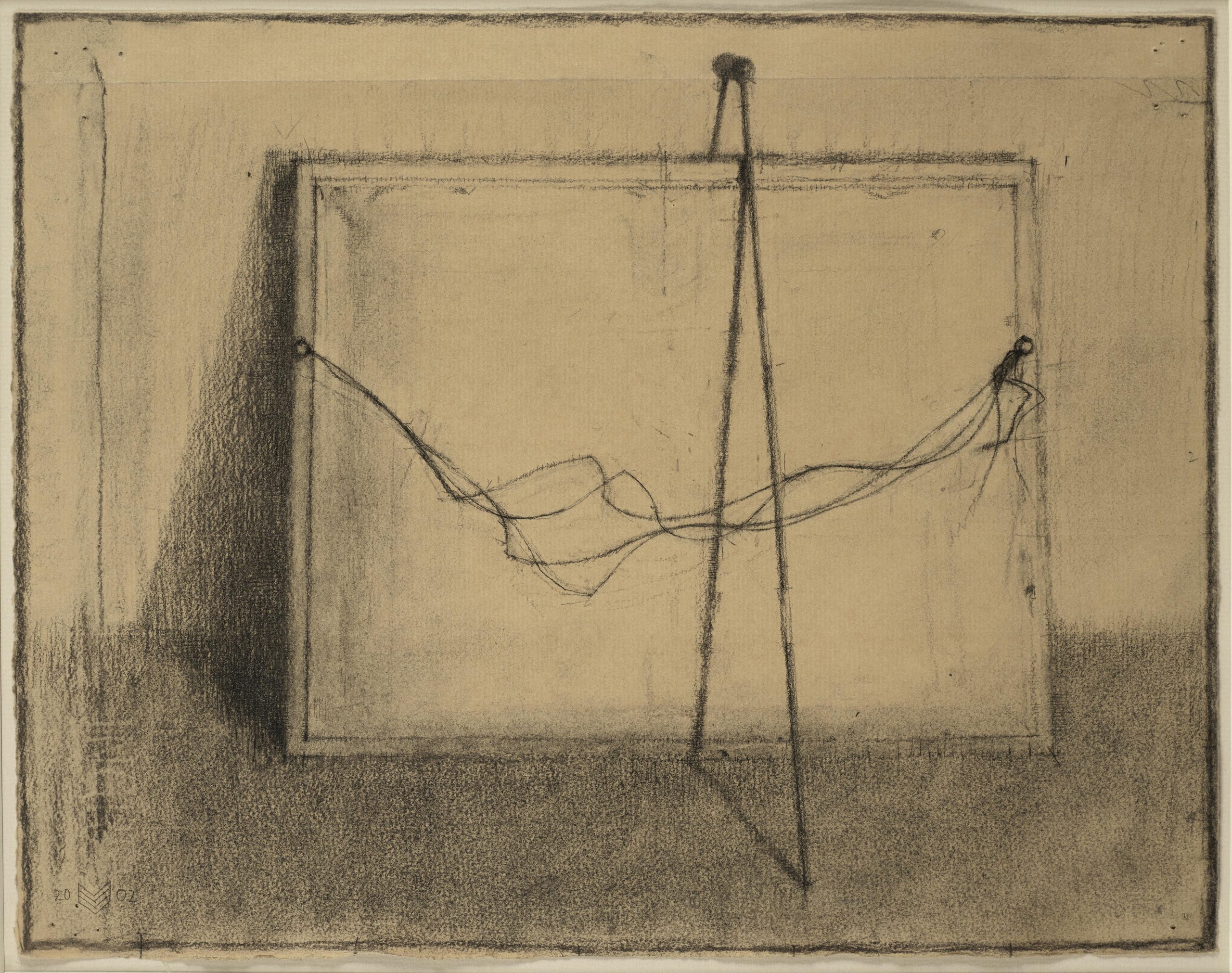 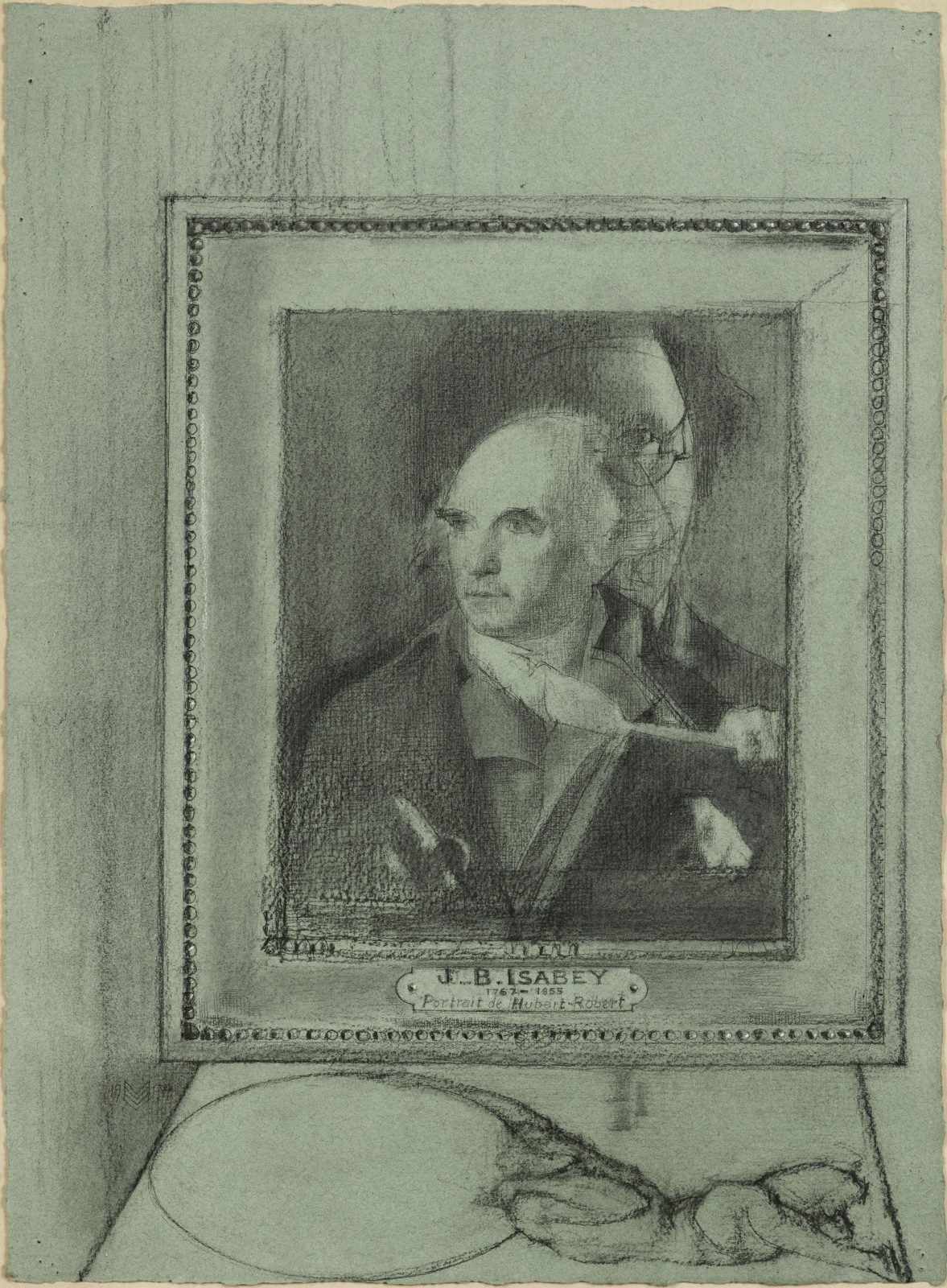