Portrait of the Artist – Annibale Carracci

Amongst the Italian drawings featuring in the Queen’s Gallery exhibition, Portrait of the Artist, three relate to the Carracci workshop. One is a pen and ink study of circa 1603-05 preparatory for Annibale’s Self-portrait on an easel known in two versions in the Hermitage, St Petersburg and the Uffizi, Florence. The other two appear instead to be earlier works and may have been executed by Annibale and Agostino as experiments in self-portraiture. Both the making of drawings and its links to the representation of nature, were central to the Carracci’s reform of the arts, initiated in Bologna in the late 16th century. It would thus not be surprising to encounter a pair of chalk studies executed by the two brothers each capturing their own likeness, perhaps engaging in a sort of performance, a competition of skills and wit (Figs. 1–2). Such components were to become central to their innovative approach to art making as attested by the many extant sheets of caricatures, alternatively attributed to Annibale, Agostino or the two together, where swift and skilful execution is combined with canning introspection. Both Royal Collection portraits, with their fresh and distinguished style, make a strong claim for the Carracci circle as their origin, and may be amongst the earliest works attributed to the two brothers.

Although it captures a more mature likeness of Annibale, a recently discovered sheet by the Roman Carlo Maratti, datable circa 1660-70, now in the Katrin Bellinger collection, still preserves some of the spirit of the artist’s youthful appearance (Fig. 3). In this beautifully preserved drawing, Maratti has immortalized Annibale, whom he greatly admired as one of the fathers of Italian Seicento painting. We are not too far from matters of self-representation, since Maratti’s model was an oval self-portrait of Annibale made when he was around 35 years old. Once a prized possession of Giovan Pietro Bellori – the theorist of Roman classicism – the painting is now sadly lost.

An engraving derived from Maratti’s drawing opens Bellori’s life of Annibale in his Le vite de’ pittori, scultori e architetti (Rome, 1672). However, it is more than a study for a print. Maratti displayed his bravura in the handling of red and black chalk to distinguish the frame and portrait components. Together with its meticulous execution, further evidence suggests that the drawing was conceived as a work of art in its own right. The inscribed name of the artist, initially reversed to be easily transferred onto the copper plate, was probably rewritten in the right direction, thus preserving the aesthetic unity of the sheet. Finally, the drawing’s importance is corroborated by its prestigious provenance, it was owned, by Jonathan Richardson – who inscribed Maratti’s name on the mount – having previously been in the collection of the great drawings connoisseur and collector Padre Sebastiano Resta, a friend of both Bellori and Maratti.

Portrait of the Artist is on the view at the Queen’s Gallery, Buckingham Palace until 17 April 2017 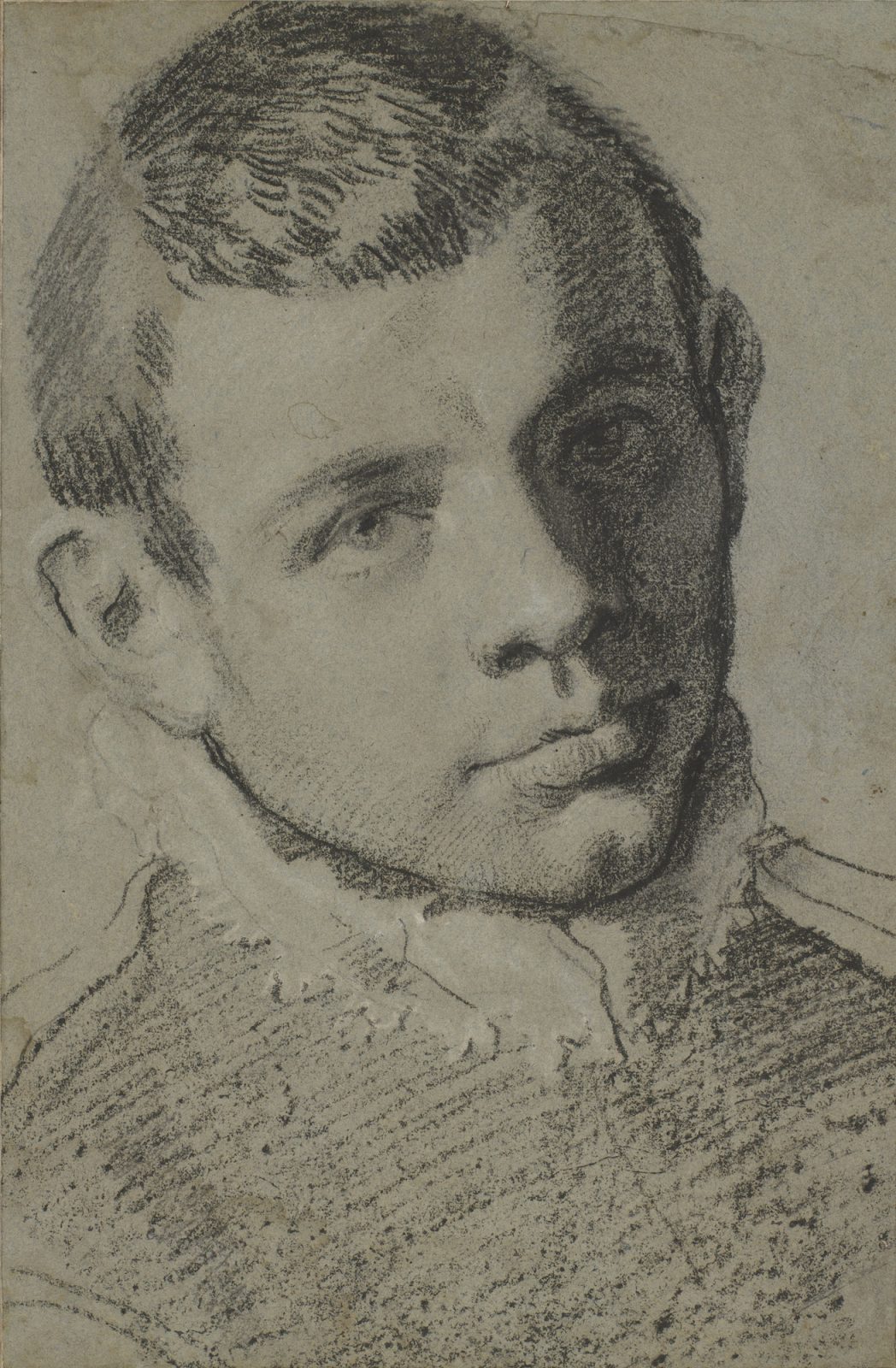 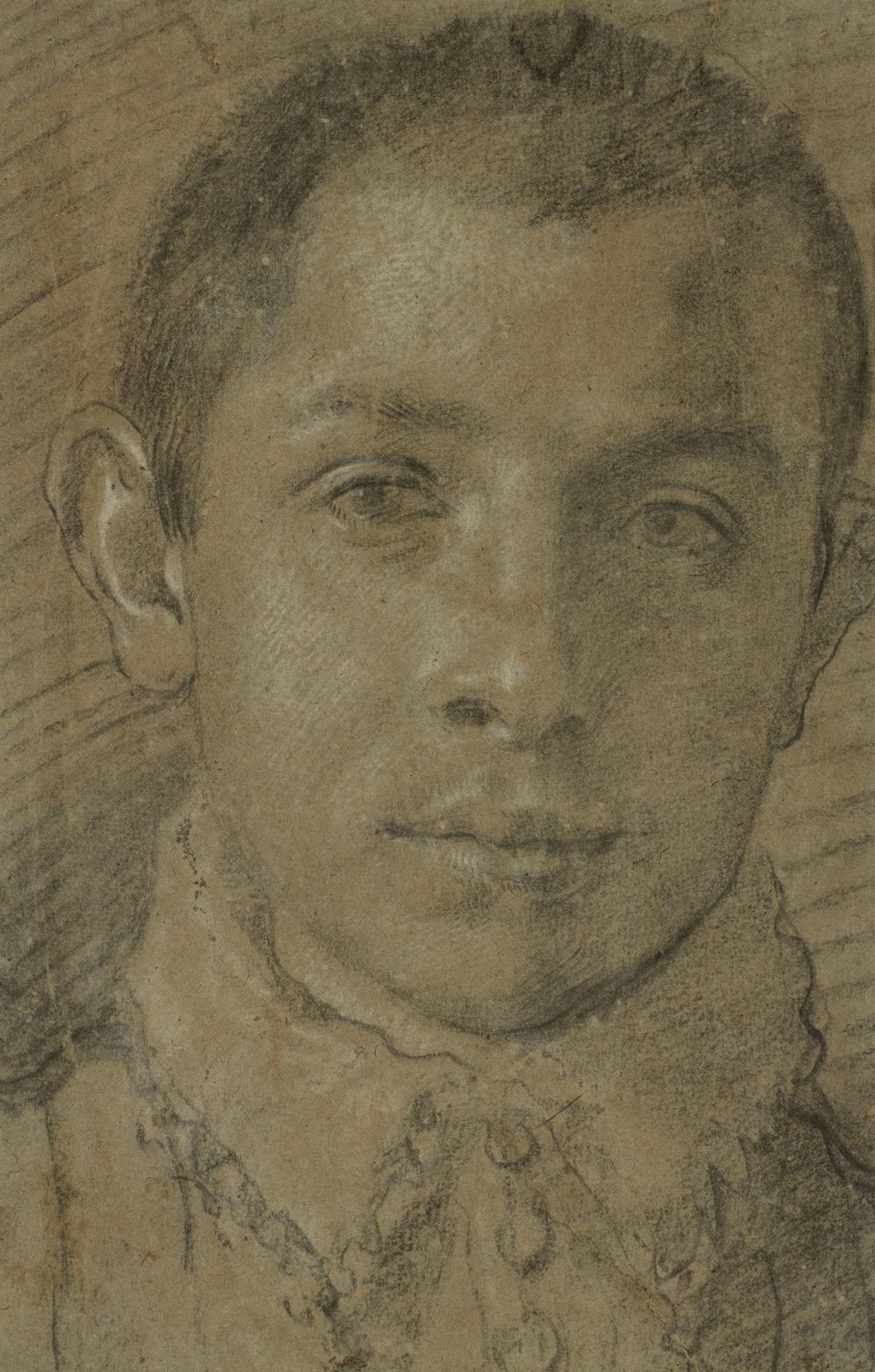 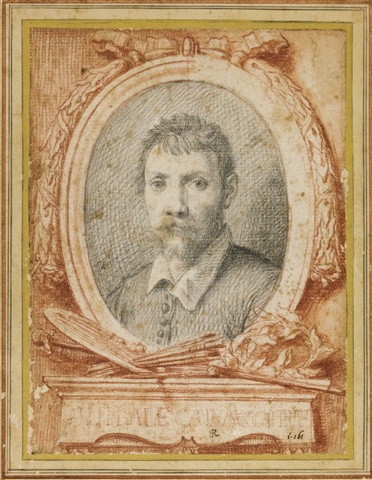