The display Reading Drawings, currently on view in the The Gilbert and Ildiko Butler Drawings Gallery at The Courtauld, explores the varied role of inscriptions on drawings, across periods and schools. Curated by Rachel Hapoienu, the selection addresses issues of identity, making and meaning, by deciphering and contextualizing the various forms of textual traces found on drawings by famous as well as little known artists.

Amongst the drawings on view, Cesare Gennari’s Two putti supporting a medallion portrait of Guercino (fig. 1) was designed as frontispiece to a series of 14 etchings after Guercino’s much admired evocative landscape drawings. The artist’s nephews, Cesare and Benedetto Gennari, published the print series in the early 1670s with a dedication to Francesco II d’Este, Duke of Modena [1]. In Cesare’s design, the putto at the centre lifts a curtain to unveil a Guercino-inspired pen and ink landscape, while the one on the right points at a red chalk portrait of the artist as a young man.  The blending of different drawing media reflects the Centese master’s preferences and distinctive style.

An example of Guercino’s own design for a frontispiece can be found in a sheet in the Katrin Bellinger collection (fig. 2). Its composition corresponds, with small variations, to Oliviero Gatti’s print accompanying a series of 22 engravings after Guercino (fig. 3). Published as the Book of the Principles of Drawing (Bologna, 1619) the series was dedicated to Ferdinando Gonzaga, Duke of Mantua, hence the prominence of the Gonzaga heraldry [2].

The allegorical figure of Painting, well suited to the book’s didactic purpose, is shown in the act of painting a coat of arms while her canvas is being supported by two putti. A red chalk study for the central female figure is in the Ashmolean, Oxford (fig. 4). While the Royal Collection holds a preliminary study in pen and ink for the whole composition (fig. 5), not yet completed with many of the details delineated in our sheet [3].

Apart from the absence of the inscriptions and some differences in the coat-of-arms’ design, our drawing is very close to the finished engraving. Indeed, its high level of finish and the controlled handling of the pen open to the possibility that it may have been executed using Gatti’s print as a model rather than as a preparatory study for the engraver to follow. Our draughtsman may therefore be a follower of Guercino, possibly one of the Gennari – an issue presently open for discussion.

Reading Drawings will be on view at The Courtauld Gallery until 4 June 2017. 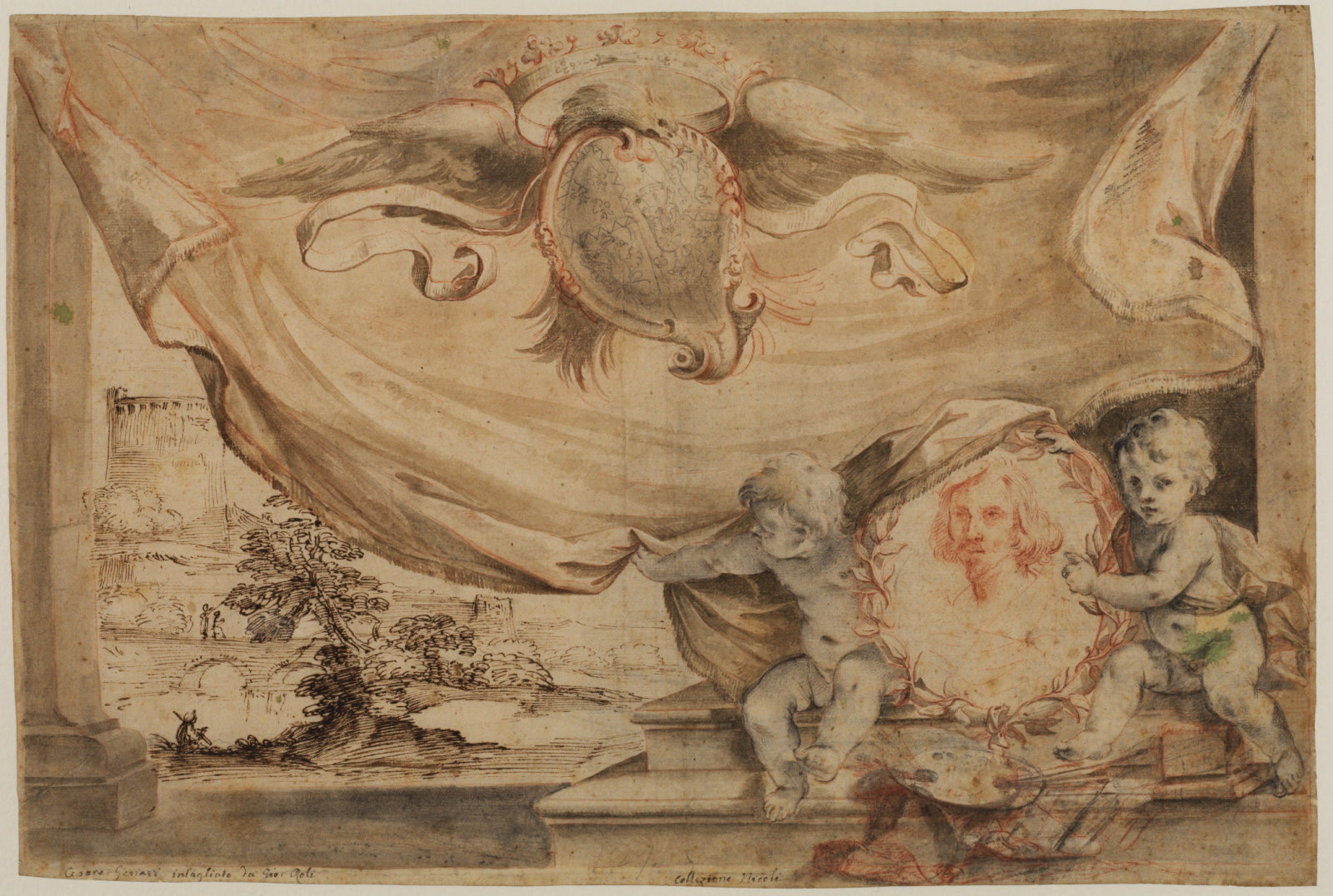 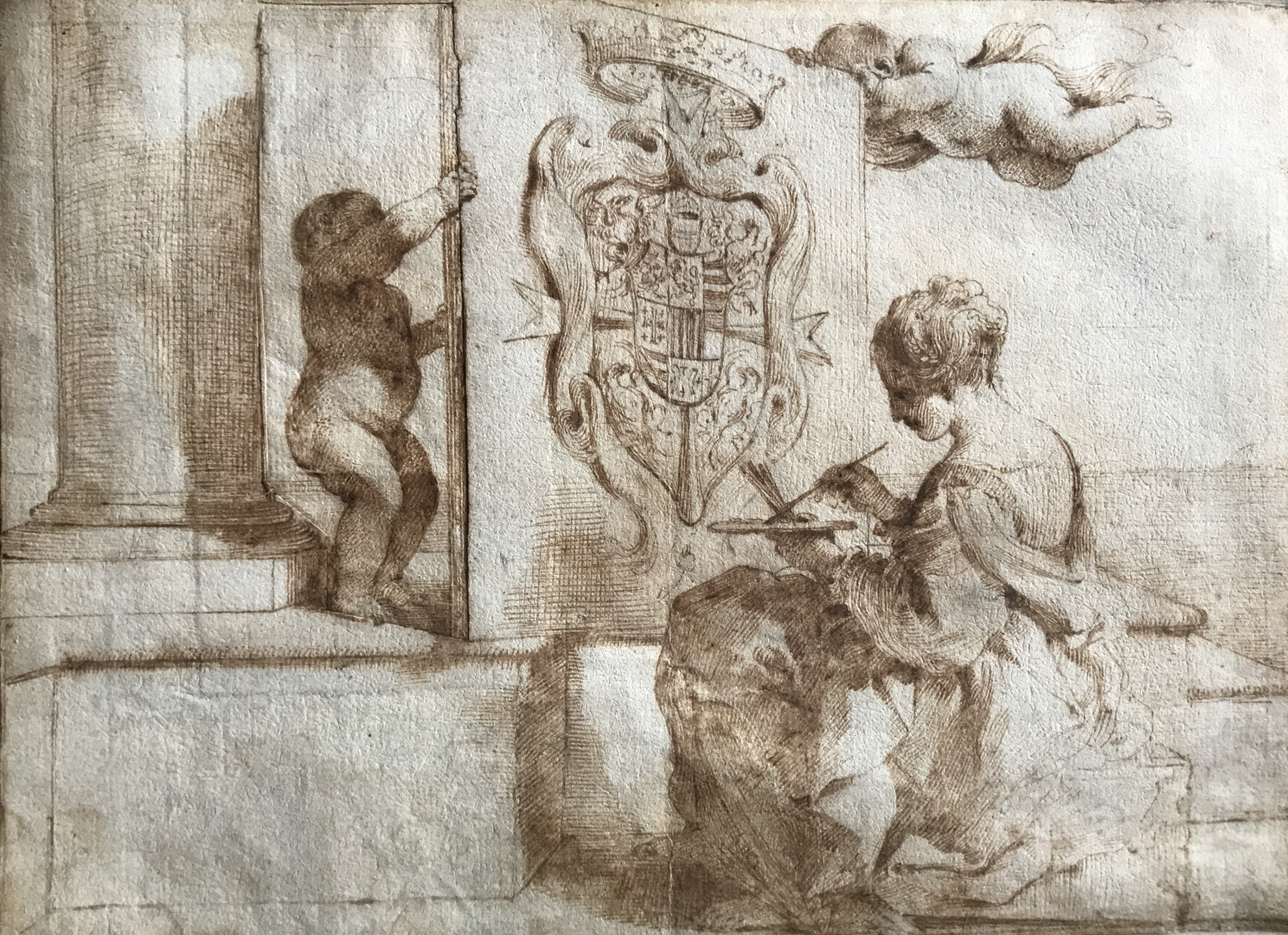 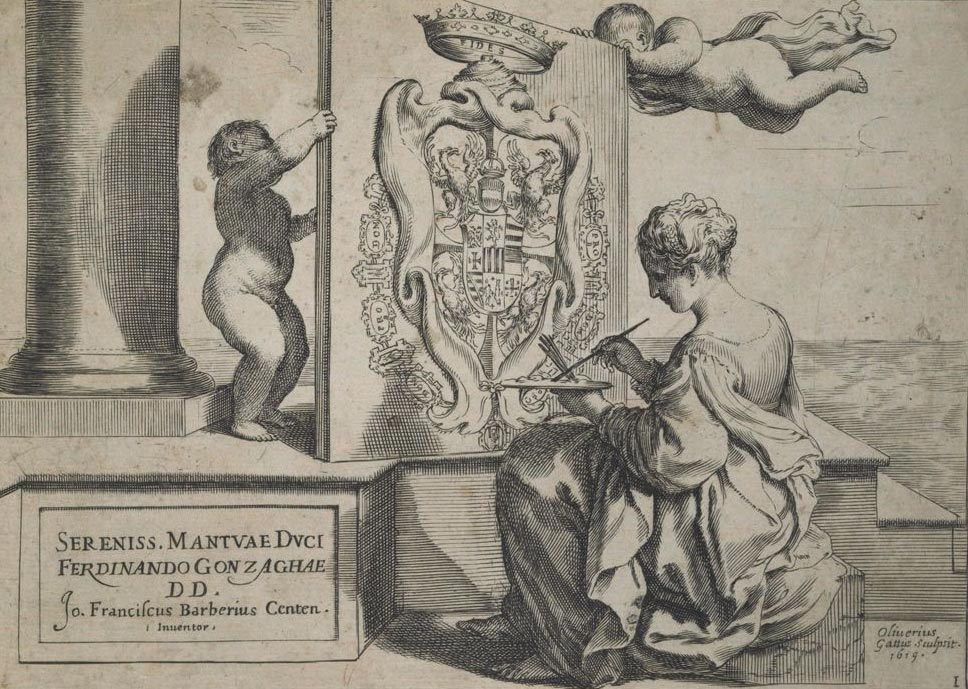 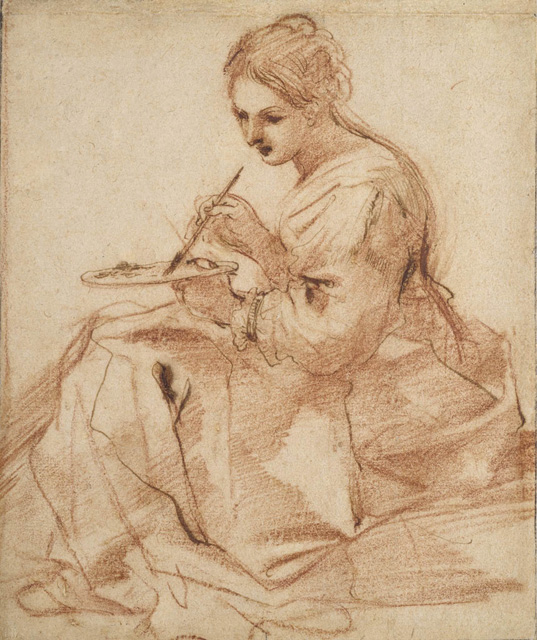 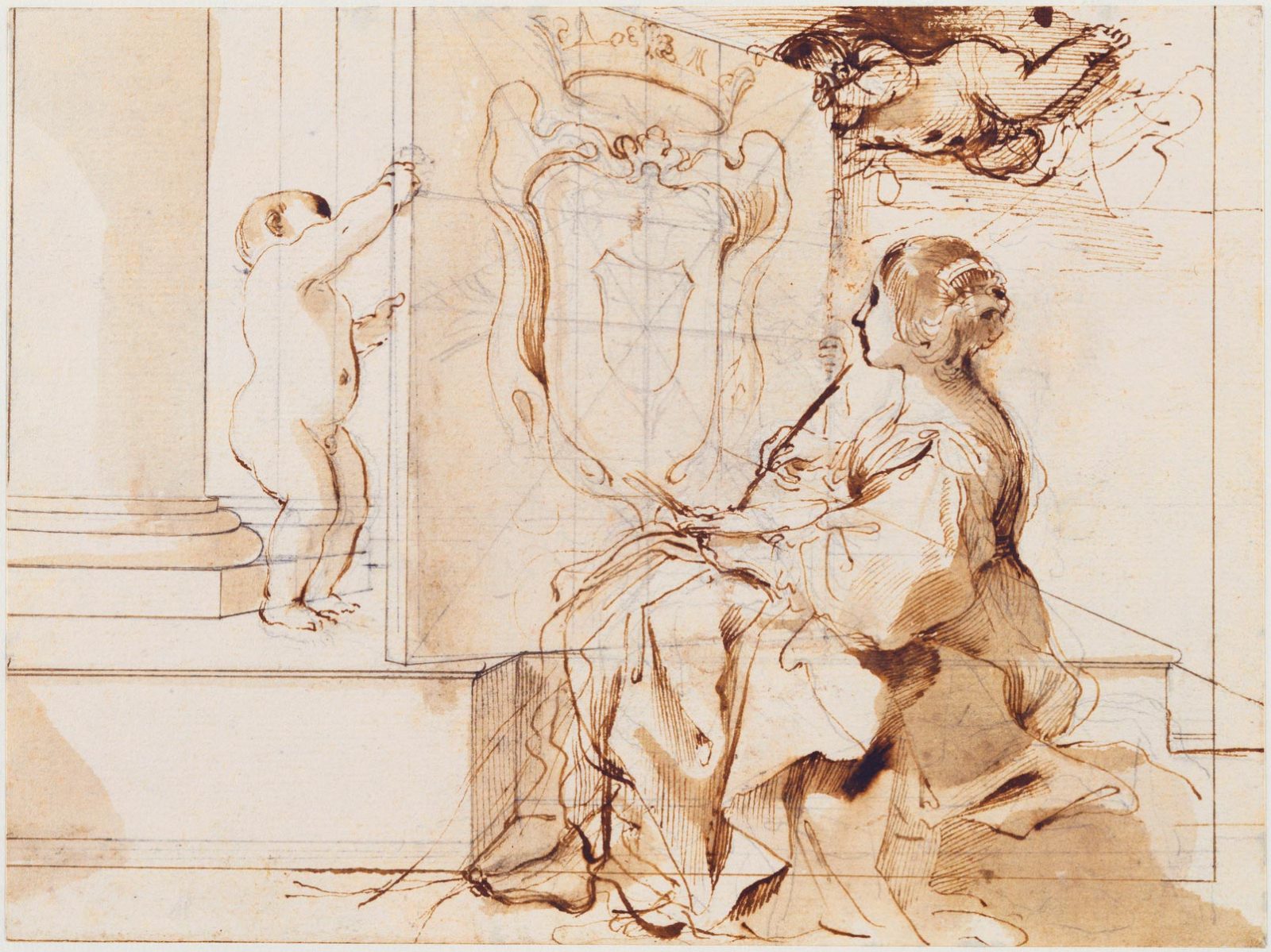